Home
World Economy
Call for investment to build up economy 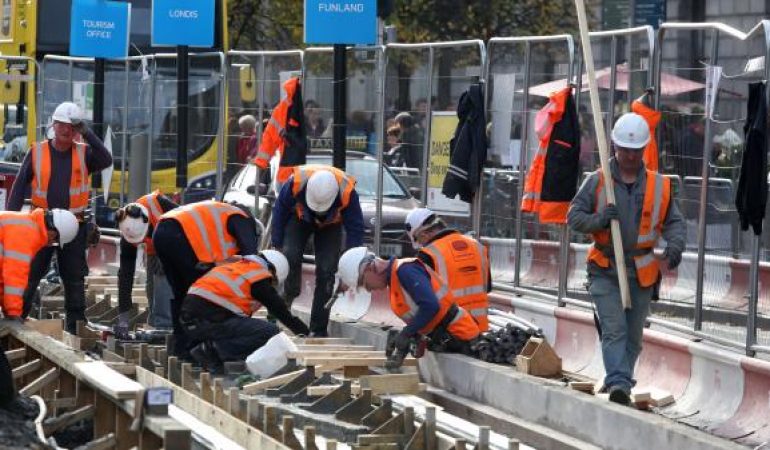 Governments should give stalling economies a shot in the arm by taking advantage of record low interest rates and investing in major infrastructure projects to kickstart growth, a financial expert has said.

Years of monetary policy adjustments such as the European Central Bank’s €1.1 trillion quantitative easing programme have not had the desired effect on growth and fiscal measures such as investment in schools, hospitals and transport projects should now be prioritised, he said.

Last month the ECB cut its growth forecasts for next year and 2018 by 0.1 per cent to 1.6 per cent, while its inflation forecast for this year remained static at 0.2 per cent despite the landmark bond-buying programme.

“Investing in large-scale infrastructure projects has a trickle-down effect that can benefit whole economies. It lifts growth rates, employment, wages, inflation, and will help deliver higher tax revenues to allow governments to chip away at the debt they have taken on,” Mr McIntosh said.

“I expect to see initiatives such as this taking place not just in the eurozone but across most of the developed world over the next six months.”

Among the projects allocated funding under the plan were Luas cross-city, flood relief schemes and national road projects such as the New Ross bypass. Business representative bodies such as Ibec have campaigned for greater capital investment, however.

Mr Donohoe said that he would be in a position to unveil a more ambitious programme of capital investment next year.

Although Brexit has created additional uncertainty in global markets the immediate impact has been contained, Mr McIntosh said, adding that he “cannot see anything truly disastrous on the financial horizon”.

The FTSE 100, comprised largely of international companies, remains healthy while the more UK-dominated FTSE 250 is rallying after taking an initial hit.

Mr McIntosh said that there were attractive opportunities for Irish investors in FTSE 100 companies. “As the majority of the businesses in the index earn the bulk of their revenues outside of the UK there is a great opportunity for Irish investors and those from elsewhere in the eurozone to buy up FTSE shares for less than they would have paid for them prior to the referendum,” he said.

HOW worried should we be about the world economy and, by extension, Britain’s recovery? Is …
World Economy
More