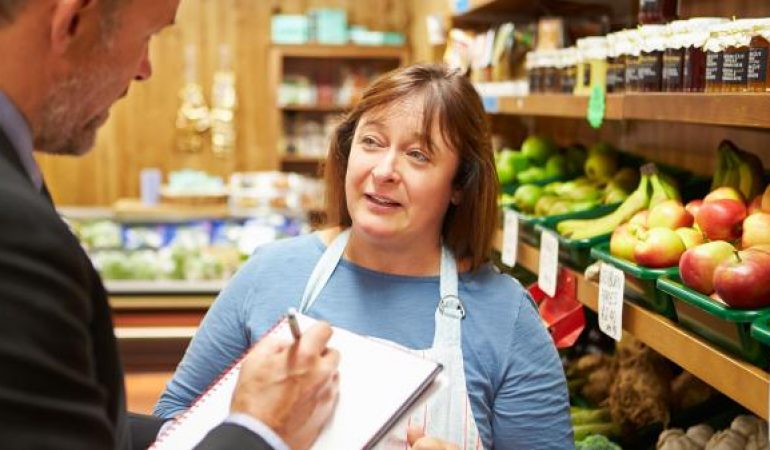 As Adam Smith said — and Margaret Thatcher, the daughter of a grocer, was proud to repeat — Britain is a nation of shopkeepers.

While the five biggest supermarket chains — Tesco, Co-op, Sainsbury’s, Aldi and Lidl — have about 9,000 stores between them, however, the five biggest banks — Lloyds, Barclays, RBS, Santander and HSBC — now have only 6,255 branches, a result of repeated rounds of closures.

The number of bank branches has been falling for years. This year alone the big five banks closed 485 branches. The remaining total of 6,255 is down 20% on five years ago. Another 45 branches of HSBC, 49 branches of Lloyds and 86 Royal Bank of Scotland/NatWest branches are due to close in the coming months.

Money compiled the numbers after an extraordinary response to an article by our columnist Hunter Davies about the closure of his local HSBC (“Angels were singing: ‘It’s time to switch’ ”, November 20). He visited the branch, in north London, “at least three times a week”.

Hunter wrote: “I am so fed up. One of the vital pillars of my life — a staple for decades, a reliable location in a confusing world — has closed.”

The number of readers who contacted us to express similar fury and disappointment reveals the importance of having a bank branch locally, particularly for elderly people.

Hunter’s bank, HSBC, has closed the most branches this year: 221, which is the same as the total number of banks closed in 2013. Unlike a number of rivals, it never promised not to shut a branch if it was the last one remaining in a community. Those that did, however, have quietly shelved the pledge. Lloyds has closed 157 branches this year, RBS 51, Barclays 43 and Santander 13.

Last bank standing
James Heappey, Conservative MP for Wells in Somerset, has urged residents to switch to the last bank in their area in an effort to keep it open. “The only way a branch can be protected is if it is busy,” he said.

One of the towns in his constituency is Shepton Mallet, where the HSBC branch is to close next month. Heappey hopes to broker a deal with Lloyds, the town’s only other bank, to guarantee its branch will stay open for five years provided a certain number of new accounts are opened there.

The closures affect not only customers who dislike the idea of online and phone banking, Heappey said. Many small businesses and shops find life harder too, particularly those with insurance policies that insist they bank cash takings every day.

“If it is just a case of popping up the road for 10 minutes to do this, that is OK,” said Heappey. “But if you have to drive several miles, park then wait in a busier branch, it might mean an hour away from your business every day. Banks say we are increasingly moving towards a cashless society but the fact is the smaller the business, the more expensive it is to process card transactions. It’s not fair.”

Derek French, who set up the now defunct Campaign for Community Banking Services, said: “Loss of banks results in social damage. A community loses the footfall of the individuals and businesses that came into the area primarily to use the banks. Our research demonstrates that other retail businesses close [if banks shut], as they lose turnover of up to 25%. This has a knock-on effect on the viability of the community.”

Options if your bank closes:

Nationwide plans to open a branch in Glastonbury, also in Heappey’s Wells constituency, where the last bank closed in April. The shutdown of Lloyds came shortly after Barclays and HSBC pulled out of the town, which is a hub for surrounding villages, as well as for tourists and the tens of thousands who attend the Glastonbury Festival. Michael Eavis, its founder, joined protests against the Lloyds shutdown.

Nationwide promised to act after 1,000 people said they would open accounts with the building society, and is looking at opening in other communities left without a bank. The Glastonbury branch will not offer a small business service, however.

Use your post office
There are 11,643 post office branches in the UK, from the large “Crown” offices to simple counters in newsagents.

About 99% of customers of banks and building societies can access their current accounts in their local post office, the company said. “Last year we carried out more than 100m transactions for customers of partner banks,” it said. Customers of other banks can only withdraw and pay in money and make a balance inquiry. The Post Office does offer two current accounts itself, provided by the Bank of Ireland.

What the banks say
The banks say they have statistics that back up the shrinking of their branch networks. RBS said: “Simple transactions undertaken in-branch at NatWest and Royal Bank of Scotland have fallen by 43% since 2010, while online and mobile transactions have increased by more than 400%.”

HSBC said: “The way people bank is changing and we have to adapt. Over the past five years we have seen an average reduction in footfall at branches of more than 40%, alongside a transition to digital banking, and sometimes we have to make a difficult decision to close branches.”

Lloyds, which owns Halifax and Bank of Scotland, explained how it chooses which branches to close: “We take into account several factors, including customer usage and the availability of nearby banking alternatives, including services provided by the Post Office and free cash machines. More than 90% of Lloyds Banking Group customers will continue to have a usable branch within five miles of their home.

“In addition, we are introducing new mobile banking branches in a number of locations to help ensure there is a continuity of banking services for customers in more rural communities.”

We lost our Lloyds
Grace Bennett, 75, has lived in Southborough, on the outskirts of Tunbridge Wells, for more than 40 years. There has been a Lloyds branch in the Kent village for as long as she can remember — it first opened its doors in 1913.

“When my husband died two years ago, Tony at the bank did everything for me,” she said. “He sorted everything out. Now I have to go into Tunbridge Wells and the queues are so long. Our branch was always busy, we don’t understand why it closed.”

Lloyds used to boast it would not close a branch that was the last one in a community, but shelved this policy two years ago. The loss of Southborough’s last bank has been an “utter headache”, according to the owner of a cafe on the high street.

Elaine Lawrence, 46, who manages Cafe Bliss, used to cross the road to Lloyds and deposit her takings. Now she has to go to either Tunbridge Wells or Tonbridge, several miles away.

“It’s a security issue,” she said. “I can only go on Saturday morning or I have to close the cafe, and they give me these blue bags to seal the money in — I feel like a walking target.”

Grace’s friend, Dawn Johnston, 62, also banks with Lloyds. “I haven’t switched because there is nowhere else to go,” she said.

Joe Simmons, 69, a town councillor, said: “Lloyds claimed the branch only had 41 personal customers but that makes little sense to me. All of these nonexistent customers are certainly very upset about the closure.” Lloyds said it had been prompted by “a significant decline in customers”. 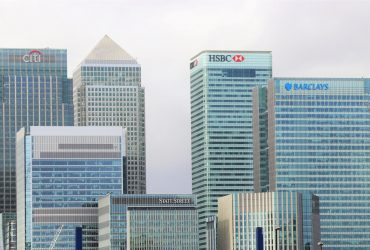 Are you looking for the best free checking accounts? If so, know what you need to …
Banking
More 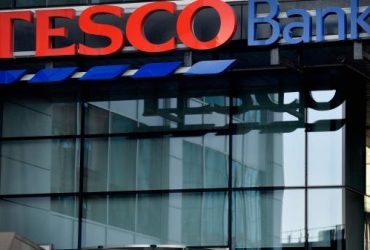 After the Tesco Bank cyber-attack, other supermarket banks are under the spotlight With all the …
Banking
More