Staples, the US stationery chain, is disappearing from Britain’s retail parks and high streets after the American owner sold its UK business for a nominal sum to a restructuring specialist.

The company has 1,100 staff and 106 stores in the UK. Hilco Capital, which has acquired the business, said it would phase out the Staples brand but intends to continue to trade the business.

Paul McGowan, a director of Hilco, said: “While retail in the UK has been challenged recently, a team led by retail veteran Alan Gaynor will work alongside the existing management team to build a plan for success for the business.”

Hilco in the past has liquidated failing businesses, profiting by selling property, fittings and stock. However, it has also burnished its credentials as an operator of businesses after resurrecting HMV from administration in 2013.

Staples had put its European operations under review in May and it said the review of its remaining operations in Europe was continuing.

The deal with Hilco comes after recent reports suggested Staples was in talks with the investment firm Cerberus over a sale of the entire European business.

According to its most recent accounts, Staples’ UK operations reported pre-tax losses of £5 million for the year to the end of January 2015, down from losses of £7.1 million a year earlier. Its online arm and business-to-business division in the UK have been performing better than stores.

Shira Goodman, chief executive and president of Staples, said: “Agreeing to sell our UK retail business to Hilco aligns with our go-forward strategy of focusing on our North American and mid-market business, and is a meaningful step in that process.”

It is hoping to cut costs after the competition authorities blocked a $6 billion (£4.8 billion) merger with rival Office Depot in the US earlier this year.

Staples opened in 1986 in Massachusetts. Tom Stemberg, its founder, was working on a business proposal when a typewriter ribbon broke and he decided that “the world needed a supermarket for office products”. 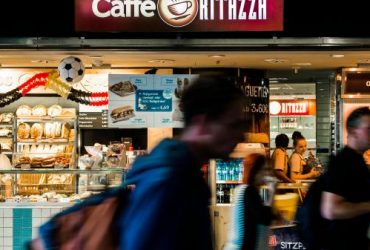