NewSubstance’s stock in trade is the weird and wonderful. The Leeds-based business organises spectacular set pieces designed to steal the show at festivals and sporting events around the world.

“These are not things you can buy off the shelf,” says Patrick O’Mahony, creative director at NewSubstance. “They are detailed structures, things most people wouldn’t know where to start on.”

Mungo Denison, the company’s projects director, adds: “Ninety-nine per cent of what we do is a one-off. We have clients who return to us but they are rarely returning for the same products.”

In such a complex and costly business, NewSubstance was relieved to discover that there is a government scheme that can help companies to fund the cost of developing new products and services.

The research and development tax-relief programme is designed to promote innovation by reducing a company’s tax bill. Businesses can use it to reduce their corporation tax by an amount that is equal to a percentage of the company’s qualifying R&D expenditure.

The definition of qualifying R&D is surprisingly broad, with the tax credit available to businesses that are improving any technology for products or processes. It can provide a remarkably generous deduction to tax bills for small and medium-sized businesses.

The tax relief on qualifying R&D costs is 230 per cent. In other words, for every £100 of qualifying costs, a small company can reduce its corporation tax bill by an additional £130, in addition to the £100 investment itself.

That kind of discount can give a company the confidence to invest, says Mr O’Mahony. “The tax credit gives you an opportunity to fail a bit. It gives you a bit more margin if something goes wrong and takes the pressure off our kind of project.”

Another NewSubstance project, Falling Stars, involved 10,000 paper helicopters being dropped over the crowd at the Secret Garden Party festival in Cambridgeshire in 2015.

Because the stunt had required a year-long consultation with paragliders and the Civil Aviation Authority, the R&D tax credit proved invaluable in funding the lengthy lead time.

“It was a huge test case for us. It’s the closest thing we have to a product,” Mr Denison says. “We relied on the R&D tax credit to take it from something we talked about in the pub to selling it to events all around the world.”

Between 2001, when the tax-credits scheme was launched, and 2015 more than 141,000 claims have been made, resulting in tax relief of £14 billion. Last year there were 18,630 claims from small and medium-sized companies, up from 16,005 in the previous year, after enhancements to the tax relief on offer.

NewSubstance heard about the scheme through friends who ran an audiovisial company and had used it. “They told us it is as much about creative technology as anything else,” says Mr Denison.

However, a widespread assumption that the initiative was for manufacturers and science-based companies was shared by the company’s accountant. “He thought it was for people in white coats, not us.” Fortunately the company sought a second opinion and has since made significant savings.

ForrestBrown, a specialist tax credit consultancy, says that despite the growth the scheme remains something of an “untapped resource”.

Almost a fifth, 19 per cent, of small businesses are not aware that the incentive exists, and among those who have heard of it there is often confusion about what qualifies for tax relief.

For example, 84 per cent of businesses mistakenly believe that work undertaken on behalf of a client to be outside the incentive’s remit. More than three quarters, 77 per cent, of respondents did not know that they could include unsuccessful R&D projects in their claim.

Among those who have claimed for the credit, half say that a clearer definition of what constitutes R&D for the purposes of the scheme is required from the government.

Simon Brown, managing director of ForrestBrown, said: “A relatively large number of businesses are either not participating in the incentive or underclaiming significantly, which is a missed opportunity to diversify income amid post-Brexit uncertainty.”

Funding for software advances
ForrestBrown, a specialist consultancy, cites the example of Carwow as a business that some may not expect to qualify for research and development tax credits. Its online platform allows people to buy new cars, using a reverse auction so that buyers receive offers from franchise dealers.

By demonstrating software advances in terms of the “recommendation engine” that lies behind the platform, Carwow has qualified for tax credits.

Joe Gallard, finance director at Carwow, says: “It’s something we only realised we could claim for when we became a growing company. It makes a huge difference to our decisions. We can hire more [skilled staff] than we would have normally because there’s this backing from the government.”

He says there are likely to be many companies that do not realise they are working on a product that may qualify for the relief. “What you don’t realise is that a lot of the things you are already doing as a business might [qualify].

“The government calls it resolving technological uncertainty. When you are developing a new system, or trying something for the first time, you might try seven different approaches before you find something that works.” 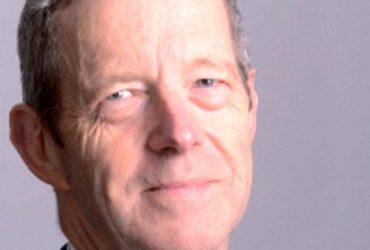