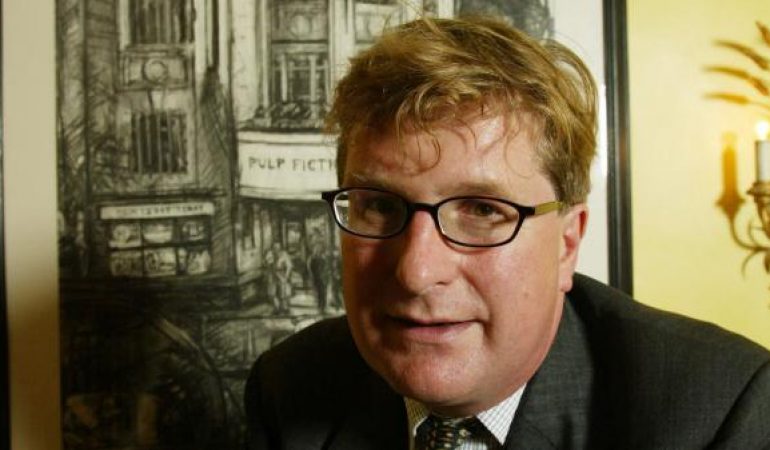 Hedge fund tycoon Crispin Odey reckons he “might have lost 100 million” on his bet against Anglo American, the FTSE 100 miner. Was that dollars or pounds? “Don’t ask!” he exclaimed, adding with a chuckle: “They are about the same now anyway.”

The 57-year-old bon vivant, famed for spending £150,000 on a chicken coop in the grounds of his Grade-II listed mansion in Gloucestershire, may jest, but he can’t avoid the truth: it has been a terrible year.

Odey Asset Management’s main European fund has plunged by 42% since January as his wagers on economic meltdown have backfired. More than $1.5bn (£1.2bn) has disappeared between losses and investors taking back their money — even though he made a tidy £200m profit by predicting the Brexit vote.

“We’re either lunatics, or we may be just a tiny bit ahead of where everybody else is,” said Odey, who supported the vote to leave.

Odey is one of a growing number of prominent hedge fund managers who have racked up giant losses despite the stock market trading near all-time highs. Their struggles have piled pressure on an industry famed for minting billionaires who charge vast fees for helping their clients outsmart the market.

In a world where political shocks such as Brexit and heavy-handed intervention by central banks skew economies, it is hard for anyone to look smart. Bets against the London-listed mining giants — many of which looked to be on the cusp of disaster just a few months ago — have proven to be a particularly painful punt.

Lansdowne is chaired by Stuart Roden. Its flagship Developed Market Fund, which is managed by Peter Davies, 44, the best man at George Osborne’s wedding, has sunk 16% since January, or more than $1.8bn in value, according to HSBC.

A huge wager that Glencore’s stock price would tank has become a running sore. From a low of 68p in January, the natural resources giant’s shares have trebled to 237p as it slashed debt and demand recovered. That has turned what was a £250m profit at the start of the year to a paper deficit of more than £120m.

The reversal comes on top of an estimated cash loss of £102m that Lansdowne, which declined to comment, took after reducing its stake from a high of 1.6% of Glencore’s stock to 1.19%. According to market sources, every 1% rise in Glencore’s stock equates to an additional £4m loss on the rump it still holds. That has no doubt brought a smile to the face of Ivan Glasenberg, Glencore’s pugnacious chief executive, who ploughed $210m of his own money into a rescue fundraising to see off “short-term” speculators.

Davies was not alone. When Glencore was up against it, at least a dozen other bigs funds, including John H Burbank III’s Passport Capital and Discovery Capital Management, a fund run by Robert Citrone, part-owner of the Pittsburgh Steelers football team, bet on its demise. Several got burned.

A letter to Lansdowne investors, sent this month and seen by The Sunday Times, admitted that this year’s results had been “emotionally testing for us”. It added: “We are clearly incredibly annoyed by results this year and apologise to clients for testing their patience.”

“Active” hedge fund managers gain their edge by finding needles in the market haystack. They zero in on companies they believe are set for a fall and bet against their stock — “shorting”; or they pile into unloved shares they believe are going to zoom higher .

A year ago, betting that the big miners were in for a fall seemed a surefire winner. The thesis was that China’s economy, engine of a 10-year boom in raw material prices, was slowing much faster than the market recognised. Commodity prices were bound to crash further, leaving indebted giants such as Anglo and Glencore exposed.

There’s too much capital chasing too few ideas

The “shorts”, who borrow stock then immediately sell in the expectation that the shares will fall and cost them far less to return them, piled in.

Several started laying down bets against the sector in 2014.

Anglo was the biggest target, with nearly a quarter of its shares held by short sellers. At first they made hay. Chief executive Mark Cutifani sought to see them off with a “shock and awe” plan in December to slash 85,000 jobs — nearly two-thirds of the workforce. Investors were unconvinced; the stock continued to fall. By January, the shares had dropped to an all-time low of 221p. Anglo had shed $100bn from its market high and was in danger of being turfed out of the FTSE 100. Glencore, perhaps an even better proxy for the Chinese economy given its mix of products, was already under attack. The company had $30bn in debt, the biggest sum in the industry.

The share price cratered as the price of key products such as copper and coal weakened. The “shorts” smelled blood and steamed in. Several were run by the “Tiger Cubs”, a group of US hedge funds started by proteges of retired industry legend Julian Robertson. The “Cubs” tend to hunt in packs. Viking Global, run by Norwegian-born, US-based Ole Andreas Halvorsen, made a big short bet. So did fellow “Cub” Citrone at Discovery.

Glencore’s stock went into freefall, hitting 68p in January — just over a tenth of its float price — amid fevered speculation that it could be “the next Lehman Brothers”.

Glasenberg took drastic action. The billionaire South African launched a $2.5bn share sale and put a raft of assets up for sale as part of an emergency $10bn fund-raising plan.

Over at Anglo, Cutifani rebooted his overhaul, which slowly began to progress. And China pitched in, with the government in Beijing launching a fiscal stimulus package to revive the country’s faltering economy.

The crises at Anglo and Glencore subsided. Their stock prices rocketed. Anglo’s shares more than quadrupled from their January low. Suddenly the shorts, who had been counting their riches from a job well done, were forced into a mad dash to sell out before they lost all their gains.

The scramble highlighted a weakness for hedge funds, and a key reason why it is increasingly difficult for them to make money.

The bets against both Anglo and Glencore were the quintessential “crowded trades”. Hedge funds used to be small, managing a few hundred million. Today the largest handle tens of billions. The sheer size makes it harder to generate double-digit profits. So when one scents a good idea, others follow.

According to a recent industry review by Barclays, that pack mentality helps to explain why, since 2011, hedge funds have failed to generate “alpha”, the better-than-market returns they had managed from active trading for the previous 15 years — and for which they charge so dearly. The most expensive can cost up to 20 times more than passive funds, which track market indices with little human intervention.

As Glencore’s prospects improved, a mass evacuation from its stock broke out. All but one short-seller — Lansdowne — reduced their positions below the 0.5% required to be disclosed by the Financial Conduct Authority.

Based on an analysis of FCA-registered positions the five worst-hit funds, including Lansdowne, Viking, and Discovery, together lost an estimated £650m in cash on Glencore.

An industry source said: “There’s simply too much capital chasing too few ideas. They are all boys together on the way down, but when people start bailing out, it’s like shutting fire out of an elevator door”.

Today only about 2.5% of Anglo’s stock is held by short sellers. Odey is one of them. He is sticking to his guns, not only on Anglo, but on his wider prediction that stocks are in for a big fall.

He points out that the UK stock market is trading at 60 times reported earnings. “That’s nearly as high as it was in 2000 — the last great bubble,” he said. His bet is that the Bank of England can use low interest rates and money-printing programmes to prop up asset prices for so long. Corporate earnings, he said, had fallen 80% in four years, while stock market prices had risen 30%.

Sooner or later, he said, that imbalance would crumble. Odey said: “This year hasn’t been very nice, but I can make this money back in about one day in terms of how quickly these markets can go.”

It is the type of brassy bet that in a world of passive funds and computer trading, fewer are willing to make. Lansdowne is also biding its time. It wrote: “There is a decent chance we will look back on the third quarter of 2106 as a historic point in market dynamics. The truth is, however, we have done little or nothing to our portfolio in response as yet, something to be honest that does slightly unnerve us.” 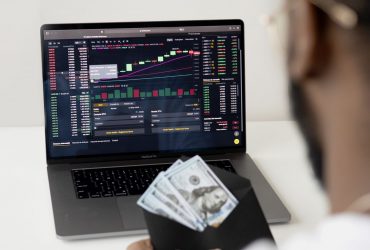 What stocks to buy tomorrow? If you are wondering that question then you are definitely …
Stock Trading
More 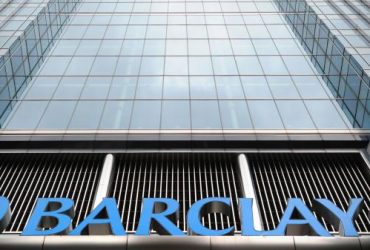